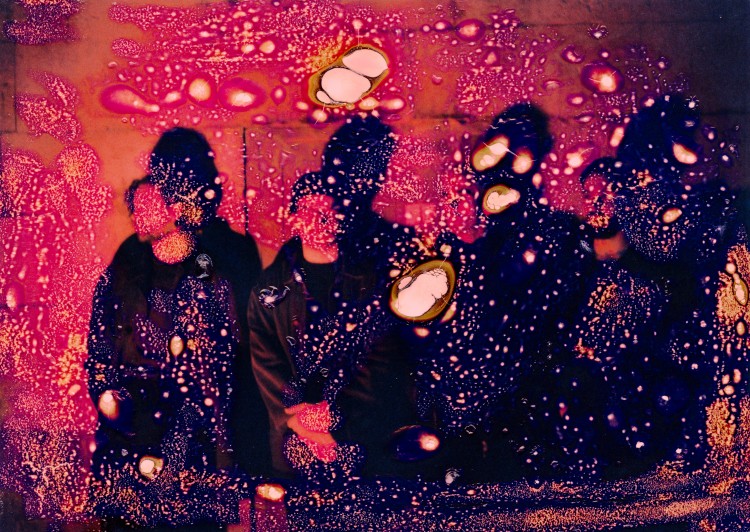 Following an exciting end to 2020, which saw them sign to us here at Houndstooth, releasing a blistering single ‘Deadlock’ and named in the NME 100 for 2021, SCALPING prepare their first full body of work, ‘FLOOD’ EP which is set for release June 18th.
To mark the announcement the band have shared a brand new single entitled “Monolithium”, which is also accompanied by an intense and surreal new futuristic visual designed by Jason Baker, who is a long-term collaborator on SCALPING’s live visuals and an active "fifth member" of the band.
Preorder FLOOD 12" Colour EP here:
WATCH "MONOLITHIUM" below:
“Monolithium” has a pulverising, gyrating ferocity that unstoppably grinds through the gears to a riotous peak, perfectly capturing the unrelenting raw energy of the band’s notorious live shows. The track stands as a powerful statement of intent for the EP with SCALPING continuing to defy classification, whilst honing and expanding on their propulsive and entirely inimitable sound.
Alongside the new EP and single, SCALPING have also announced further live dates for 2021 including their rescheduled tour dates with Squarepusher (an early supporter of the group) and sold-out Peckham Audio headline show. Dates are as follows…
02 Sep 21 – Peckham Audio, London (Headline), UK
03 Sep 21 – Wide Awake Fest, London, UK
04 Sep 21 – Manchester Psych Fest, Manchester, UK
11 Sep 21 – Misty Field's Fest, Heusden, NL
24 Sep 21 – Loco Klub, Bristol, UK
23 Oct 21 – Boiler Shop, Newcastle, UK*
25 Oct 21 – Invisible Wind Factory, Liverpool, UK*
26 Oct 21 – Brudenell Social Club, Leeds, UK*
27 Oct 21 – Concorde2, Brighton, UK*
28 Oct 21 – Metronome, Nottingham, UK*
29 Oct 21 – Roundhouse, London, UK*
*w/ Squarepusher
Tickets are available HERE
SCALPING have quickly established themselves amongst the UK’s most sensational acts, drip-feeding explosive shots of techno, punk and hardcore into the world and igniting venues and festivals across UK and Europe with a precise, unrelenting energy. The ‘FLOOD’ EP is a major milestone for the band and is the first proper holistic realisation of SCALPING’s stylistic breadth and mastery of a unique boundary-blurring approach, along with a developed sense of the total control exerted over their music at all times.  ‘FLOOD’ is undoubtedly the sound of a band seizing and maximising a singular vision.
The pneumatic crushing weight of ‘The Perimeter’ is constantly cranked up, increasing in volume, depth and power eventually forcing out a trance-metal hybrid gemstone, once again displaying SCALPING’s remarkable ability to forge anything they choose to from whatever they feel like.
‘Cloudburst’s throbbing acid synth line provides a more straightforward dancefloor orientated sound whilst still maintaining dizzying energy and ruthless propulsion. ‘Empty Cascade’ is an epic mission statement, a perfect combination of rave fundamentals and straight up system blowing sludge that could legitimately only be pulled off by SCALPING.
SCALPING is the Bristol based group comprised of James Rushforth, Alex Hill, Isaac Jones, Jamie Thomas and Jason Baker, initially formed at the end of 2017 with a desire to pair their hometown's visionary, off-kilter dance music to the more organic instrumentation you might find in noise-rock and post-punk. They have since won all manner of plaudits at radio, press and through fervent word-of-mouth for both their eclecticism on record and for the pummelling intensity of their live performances and high-profile fans including Giant Swan, DJ October, Bruce and many more.
PRE-ORDER HERE
Tracklist:
1. Monolithium
2. The Perimeter
3. Cloudburst
4. Empty Cascade
"As far as introductions go, this is pretty remarkable." – Mixmag
“Fierce and relentless” – DIY
“Raucous techno meets blackened punk in a fresh, thunderous cocktail” – NME (NME 100 Essential Emerging Acts)
The Only Music You Need To Hear This Month – DAZED
Tracks Of The Year – The Guardian
"An EBM band inspired by Bristol sound-systems... the city's next breakthrough act" – Loud & Quiet
" A joyous bashing together of acid, industrial racket and techno – The Quietus
"Eye-bleeding techno and cataclysmic noise rock collide under the banner of Scalping. Tinges of HEALTH's earlier, mayhem-ier roots glint through the chaos Scalping offer - but these sounds are not really like anything else about." – The Line of Best Fit