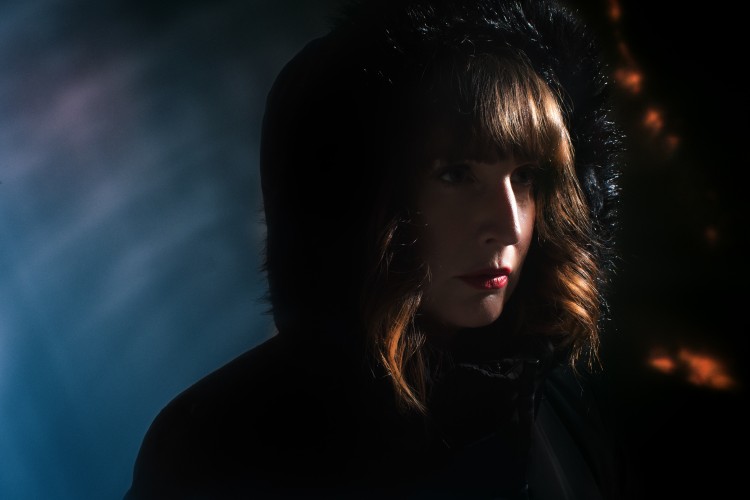 Composer and multidisciplinary artist Sophia Loizou's new album, Untold, depicts a series of speculative sonic landscapes. Animals, ocean waves and weather systems are abstracted into eco-centric cyber-dreams in powerful ambient electronic compositions, inviting us to try to see the Earth through the eyes of others.
Untold is not about the natural or the technological but the relationships between the two, where sonic textures, breaks and melodies are shaped by the dynamics of a lions roar or the rhythm of a dolphins echolocation emissions. "I didn't want to make it human-centric," explains Sophia. "I wanted to remove my compositional and structural domination, to find ways to make it about the symbiosis of systems I see in the world."
2xLP (Ocean Blue / or black Vinyl)  Preorder
BOOK: Untold: A Tellurian Memorandum’.  Preorder
Untold is Bristol-based Sophia Loizou's third full-length release following offerings on Astro:Dynamics, Kathexis, and Cosmo Rhythmatic. Loizou operates at the intersection of contemporary electronic music, speculative fiction and the ecological. She is currently working on a PhD at Goldsmiths, University of London, and is a lecturer in music production.
Untold opens with 'Anima' – a half-remembered cyber-dream, stretched and excavated into oceanic washes of sound and disembodied voice. 'Celestial Web' engineers the snap and drive of sampled breaks into warm, organic systems; 'Vestal Waters' is new age D 'n' B for the anthropocene; 'Inner Dreams' exposes galaxies of earthly entanglements before the brittle ambience of 'Sylphonia' leads into the bubble and eddy of 'Fluxus'. The breathy 'Bicameral' almost takes flight, a harbinger of the pummelling breaks of 'Hypnotik', culminating in the roiling waves of the moody 'Apeiros'.
Loizou took sounds from living systems, her own field recordings, and from human, animal and technological origins, not just as raw sound sources but as control sources, envelopes and signals. The movement of waves, sounds of insects, vultures, and lion roars were used as sources for the dynamic and shaped. "Early on in the sound design process I realised that I found the most compelling sounds to be those that had a movement I could not have imagined or constructed, these wild signal changes allowed me to access something else, something non-human." Those processes mean she can spend hours crafting a sound, either through careful construction or through unpredictable experimental strategies.
Untold's nine tracks are part of a much bigger multi-disciplinary project that also includes an illustrated collection of poems and sonic landscapes, an AV show and a lecture performance. The literary and AV limbs of Untold include photography, poetry and a long-form sound-work, which combine to create a fresh take on the ambient read. The text contains rhythmic refractions of composition, reflected in the visual sibilance of oceans in the static and moving images of her AV work Tellurian Visions.
"My writing was triggered by lots of weird and changeable weather events, at home in the West Country and on trips to Scotland and Iceland," she explains. In huge storms in remote areas of Iceland she experienced feelings of liberation from the self that can happen when faced with the power of the earth or the scale of the sea. “I'm not the sitting still type but when I stop and observe the world, I become transfixed by the shapes and movements of those natural forces."
Tracklist:
1 – Anima
2 – Celestial Web
3 – Vestal Waters
4 – Inner Dreams
5 – Fluxes
6 – Hypnotik
7 – Sylphonia
8 – Bicameral
9 – Apeiros