Snow Ghosts formed in 2008 consisting of Ross Tones, Hannah Cartwright and Oliver Knowles. Their musical interests reside in our own time and the beginning of time and all points between. They bind the ancient and modern with echoing threads of the human condition. They channel folk, but not out of woolly jumpered whimsy but to summon ancestral spirits, understand through the myths, rituals and songs of old the eternal, unbending truths of love, death and nature. They explore further the complex weave of these elements through the prisms of contemporary, openended genres like electronica, post rock and metal, to create a very physical ambience.

Death in particular is a theme of their latest album, A Quiet Ritual. It seeks to process the shock and grief of bereavement, its aftermath, as well as casting back across history and other cultures for their own metaphors and coping strategies.

Recorded in a castle in Wiltshire and two years in the making, A Quiet Ritual is written for an ensemble of classical and modern instruments including the carnyx, an Iron Age Celtic boar-headed horn excavated from a bog in Deskford, Scotland. This mix of instruments is indicative of the theme of timelessness common to this album and their previous work. For the carnyx, they enlisted the services of John Kenny, one of just a few musicians able to play the instrument and the first to do so in modern times.

“The carnyx seems to have been used as a ritual instrument,” they explain. “Other examples have been found to be stabbed with a stake as some kind of offering. Its sound really evoked something within us. It has an enormous range and we’ve used it, with all its colours throughout the album.” 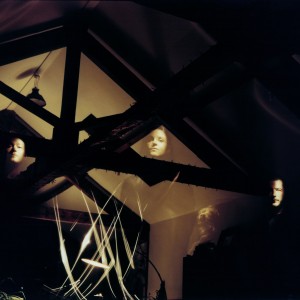 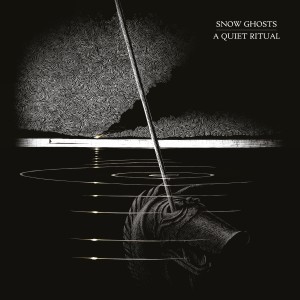 Snow Ghosts 'Horizon' Features on How To Get Away With Murder